Written by Scott Secrest on October 13, 2020. Posted in General, The Economy 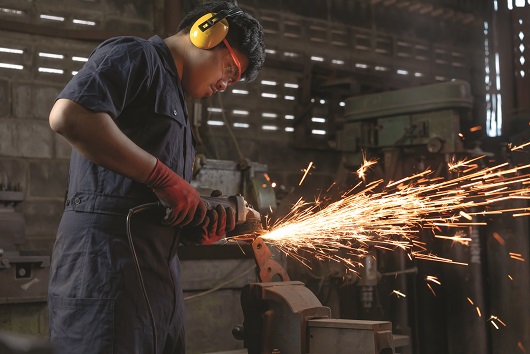 In spite of heightened volatility in stocks as the quarter drew to a close, the markets generally moved higher over the period. For the quarter, US large company stocks rose 8.9%, smaller company US stocks were up 4.9%, foreign stocks were higher by 4.8%, and US bonds, broadly measured, were up 0.6%. While stock indexes were higher for the quarter, the markets were mixed, with small company and foreign stocks having lost value, while large company stocks have moved higher.

Written by Scott Secrest on July 17, 2020. Posted in General, The Economy

As we concluded the first full quarter of economic fallout from the coronavirus pandemic, stock values were generally higher, with large company stocks up 20.5%, smaller company stocks up 25.4%, and foreign stocks up 14.9%. Bonds, broadly measured, rose by 2.9%. These returns have an impressive luster in part because they are measured relative to the market trough of late March. Overall stocks remain lower for the year.

Written by Scott Secrest on April 20, 2020. Posted in General, The Economy

Nowhere in any of the 2020 economic outlook reports was there any mention of a global pandemic, yet here we are. While journalists from sensible corners of the news media world have for years issued warnings about the health and economic risks of pandemics, the prospects for such an event seemed distant and abstract to most. The  machinery of the global economy chugged on.

The novel corona virus outbreak began with a single known case on December 10 in Wuhan, China. By the month’s end, the new virus was identified by Chinese health officials. In mid-January, cases were being reported in other countries, and the virus began to spread rapidly. Throughout March, new infections and upsetting mortality reports issued by countries around the globe worsened as the days passed.

Written by Scott Secrest on January 20, 2020. Posted in General, The Economy

The U.S. stock market closed the year with significant gains. Large company stocks in the U.S. were up 31.5%, small company stocks rose 25.5%, and bonds returned 8.7%. Foreign stocks were also up, rising by 22%.

When we entered 2019, the stock market had just endured steep losses in December 2018, the worst December for stocks since the Great Depression. The markets rebounded swiftly and forcefully in the first quarter of 2019, contributing to a good year for stocks.

Written by Scott Secrest on October 21, 2019. Posted in General, The Economy

The U.S. stock market dipped notably in early August and exhibited considerable volatility throughout the month. The market drop and subsequent instability, which stretched into September, were related to concerns about growth prospects for the U.S. and global economies. These concerns were validated by the Fed’s decision to cut interest rates in late July—the first rate cut since the Great Recession.

2009: After the Financial Crisis, Reform

Written by Michael Kramer on July 24, 2019. Posted in General, The Economy

Policy matters. Natural Investments has participated in public policy conversations and attended meetings on the Hill in Washington, D.C., for years and will continue to serve as a voice for fair and just financial regulations.

It’s been over a year since the fall of Lehman Brothers sparked major tremors in the U.S. financial system that rippled around the planet. Though lawmakers called for reform, much of the financial services industry remains unchanged a year later. The wholesale restructuring advocated by the social investment industry, economists, and academics has thus far been met with strong opposition from the industry, and Congress’ lack of expertise left them unable to do anything other than infuse large banks with cash.

The needed structural changes in our system remain conceptual and haven’t even been fully debated. Yes, there were calls for bonuses to be recalled and executive pay to be restricted,

Written by Scott Secrest on July 9, 2019. Posted in General, The Economy

Stocks and bonds continued to perform well during the second quarter, in spite of an uncertain trade environment and worrying international tensions with Iran. For the quarter, the stocks of U.S. large companies were up 5.0%, U.S. small companies rose 2.4%, and foreign stocks rose 4.3%. U.S. bonds were up 3.0%.

While the markets ended higher over the three-month period, the rise was interrupted in May, when markets declined steeply after the president increased tariffs on Chinese goods. Reports of slowing global economic growth also contributed to the sell-off. The president likewise imposed tariffs on Mexico but suspended them before they took effect.

Written by Scott Secrest on April 11, 2019. Posted in General, The Economy

Both stock and bond markets rebounded strongly during the first quarter of 2019. In the U.S., large company stocks rose 13.6%, small companies were up 14.6%, and bonds were up 2.9%. Foreign stocks rose 10%. The markets were lifted by news that the Fed had reduced the number of planned interest rate increases for 2019, from a prior estimate of three hikes down to zero. Reports of slowing global economic growth and low inflation contributed to the revised interest rate position.

Written by Kirbie Crowe on January 12, 2019. Posted in General, The Economy

Gross Domestic Product (GDP): who isn’t used to hearing about the ups and downs of this metric, commonly understood as the most important indicator of economic health? This statistic—the monetary value of finished goods and services produced within a country’s borders over a specific period—and the pursuit of its growth is embedded at the center of mainstream economic theory. But the question of whether GDP is still a meaningful metric in a world of persistent income inequality, intractable environmental challenges, and human exploitation is at the heart of Kate Raworth’s Doughnut Economics: Seven Ways to Think Like a 21st-Century Economist. Despite the title, this book offers a thoughtful, practical advice that any concerned citizen can use.

Written by Scott Secrest on January 12, 2019. Posted in General, The Economy

The final quarter of 2018 hit with a dramatic downturn for the stock market, while bond investments generally performed well. Large U.S. company stocks were down 13.5% over the quarter and down 4.4% for 2018. Small company stocks were down 20.2% this quarter and 11% on the year. Bonds were 1.6% higher for the quarter, though they were flat for the year.

The fourth quarter setback for stocks was abrupt and vexing. Large company stocks had recently risen 10.5% by the end of the third quarter. But by the year’s end, they were down 4.4% in a sharp reversal. Analysts have been reminding investors for years that a notable sell-off could arrive unexpectedly as the rising market endured longer and longer.

Here’s what you need to know about impact investing, where returns are not the only reward