2003: How We Can Help Stop the Genocide in Darfur 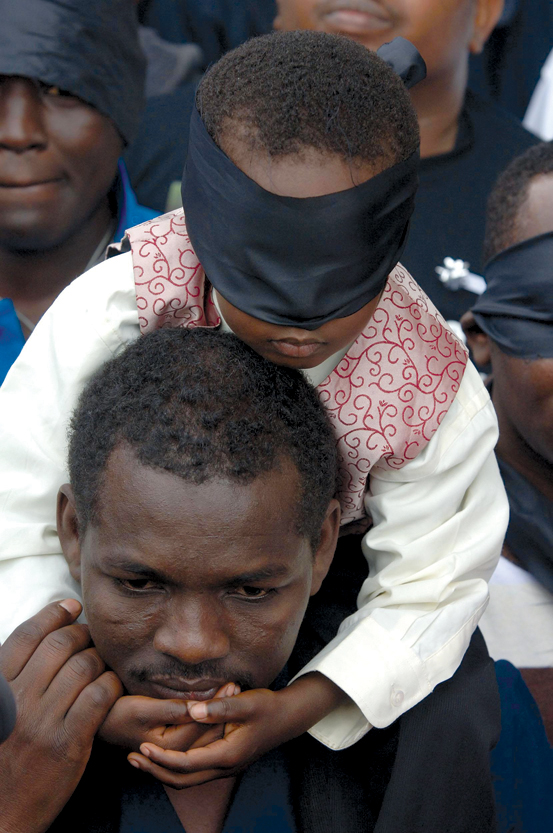 Finding this article in our archives, shortly after the attempted coup in Sudan this spring, we are reminded that the human toll in resource-related conflict is real, and economic consequences can extend for decades.

The statistics are mind-boggling: 200,000 dead, 2.5 million refugees and the holocaust in Darfur continues. Investments in oil companies in Sudan are supplying the money that supports this genocide. 70-80% of Sudan’s oil revenue is being funneled into its military. Oil ventures in Sudan are an undeniable enabler of Khartoum’s genocidal policy in Darfur.

There is a growing economic force currently going on to stop the violence. The Sudanese Divestment Task Force (SDTF) instituted a targeted divestment program last year. The goal is to target the worst offending companies in Sudan—mainly oil companies—either to pressure the ruling Bashir regime to stop the violence or to have the companies stop doing business in the country.

The campaign is gaining support. 17 states, 51 universities, eight cities and eight International and Religious organizations have adopted Sudan Divestment Policies for their investment portfolios. The campaign is making itself felt. Cummins and Rolls Royce have ceased doing business in Sudan and have been removed from this list. Fidelity Investments has announced a 90% divestment of their PetroChina stock.

In past year’s international divestment strategies have been successful. Many of us recall the Divestment campaign of the 1980’s that brought about the downfall of Apartheid in South Africa. Let us all now join the campaign to end genocide in Darfur.

We at NIS fully support the work of SDTF. We have never made investments in companies or mutual funds that are Sudan–complicit. We urge all our investors to review any investments not under NIS management and divest. Call us and we’ll help you do this. Spread the word to your family and friends.

Stay up to date with our Newsletter!

Your name and email are safe with us. We hate spam as much as you do and we'll never share your information with anyone.